On 17th December 2018, in collaboration with the Science Musem of Trento (MUSE), Nadir Association and CusCus, Mazingira organised an African-themed dinner within the spaces of the museum, to present the projects carried out in Tanzania in recent years, including, in particular, the opening of the Visitors’ Information Centre in the Udzungwa Mountains. Participants had the opportunity to experience the flavours, sounds and stories of Africa and to learn more about the work of the Association. 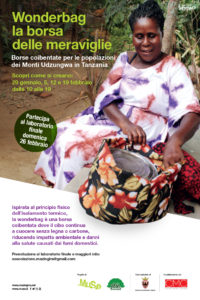 In 2017, thanks to the collaboration of Centro Moda Canossa and three of its trainees, the awarness campaign Adopt a stove: No smoke, no waste was transformed into a series of four events organized within the MUSE, in which the girls of the Canossian Institute showed how to sew insulated bags while the staff of Mazingira presented the projects active in Tanzania through informative videos. At the end of these events, a workshop was organized to create an insulated bag (wonderbag) with Tanzanian fabrics. 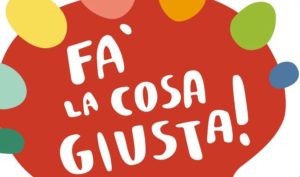 Adopt a stove: no smoke no waste, awareness campaign (2016)

At Fa’ La Cosa Giusta, from 28 to 30 October 2016, the awareness campaign Adopt a stove: No smoke, no waste was launched, dedicated to raising awareness of the use and use of efficient energy systems and fundraising for the production of mud stoves, Mayon Turbo Stoves, insulated bags and briquettes. 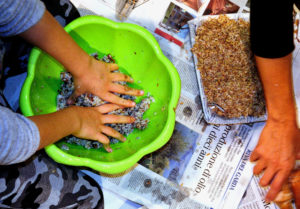 At the end of October 2015, Mazingira also participated in EXPO, at the Cascina Triulza, carrying out 2 workshops about briquettes and wonderbags and presenting Trees and herbs: experiences of eco-sustainable agricultural production in International Cooperation projects, a short lecture about agroforestry. 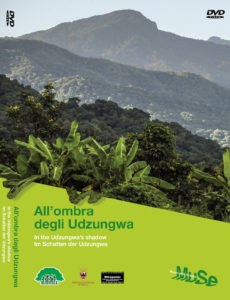 In the shadow of the Udzungwa, film screening (2014)

The video-documentary In the shadow of the Udzungwa was produced between 2013 and 2014. The filming, direction, writing and editing were done by Massimo Gabbani, Silvia Ricci (Mazingira’s Project coordinator) and Francesco Rovero (former presidente of the Association). In 2014, the video-documentary was screened at the 62nd edition of Trento Film Festival. Click here to watch it online!